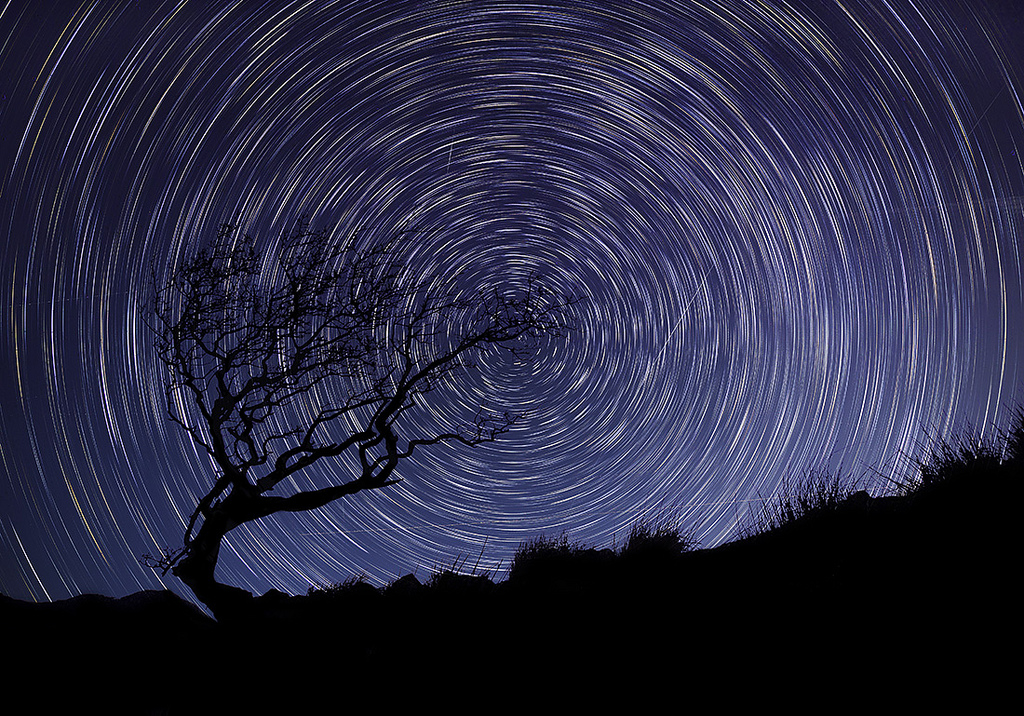 Laying on the hood of her old Volvo, we scanned the sky, looking for the meteor shower the weatherman had promised – “he must know, he’s a meteorologist” – our conversation continually broken by exclamations of “there’s one,” then pointless pointing as the other tried to find the fleeting flash amid the myriad dots of light. We never saw the stars the other saw, focused as we were on our own patch of sky. After a while I just kept my sightings to myself, making each meteor mine while she kept hers secret, too, both pretending the shooting stars had simply stopped.

(This was a submission for a photo prompt on 100 Word Story, a very enjoyable website that features, fittingly, 100 word stories. It was later chosen as the winner of the photo prompt contest and published as The Meteorologists.)